Fans have been speculating them dating for some time now.

Fans have been speculating that GOT7 member and soloist, Mark Tuan and Blackpink member Rosé have been dating for some time.

In early January this year, rumors about these two stars dating started spreading as fans thought they were communicating with each other through their social media post captions.

Rosé uploaded a post with pictures of herself having fun amidst snowfall on January 6 with the caption, ‘Baby it’s cold outside’ and just a day later on January 7, Mark shared his own pictures on snow captioning it, ‘Not cold at all’. Some fans felt that Mark’s caption seemed like a response to Rosé’s post and that this was proof of them dating each other. 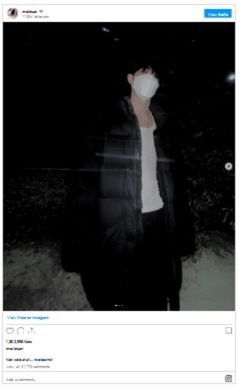 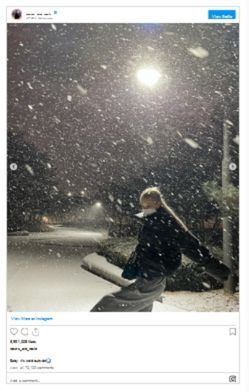 Now, the two artists are embroiled in dating rumors again because they visited the Eiffel Tower around the same time as each other.

Both Mark and Rosé are in Paris for Paris Fashion Week and they have been uploading pictures of themselves exploring the city on their social media. So, fans are once again speculating that the two are dating and discreetly hinting at that through their posts.

Rosé’s fellow Blackpink member Jisoo is also in Paris for the Fashion Week and she posted a selfie of herself and Rosé in front of the Eiffel Tower on September 26.

Mark also shared a picture of himself posing in front of the Eiffel Tower on September 28.

But this time, just as fans started conjecturing them dating, Mark took to his Twitter to denounce the rumors. He tweeted “Yall too funny…stop now” with a clown face emoji and deleted this tweet soon after.

The power of K-POP is that it's not real