HYBE has come out to deny all rumours regarding BTS member V dating the daughter of Paradise Group’s president.

Fans started speculating the status of the relationship between the two after V attended an exhibition for the Korea International Art Fair alongside Paradise Culture Foundation’s chairman of the board, Choi Yoon Jung and her husband, president of Paradise Group, Phillip Jeon. Reportedly, their daughter was also in attendance at the event. 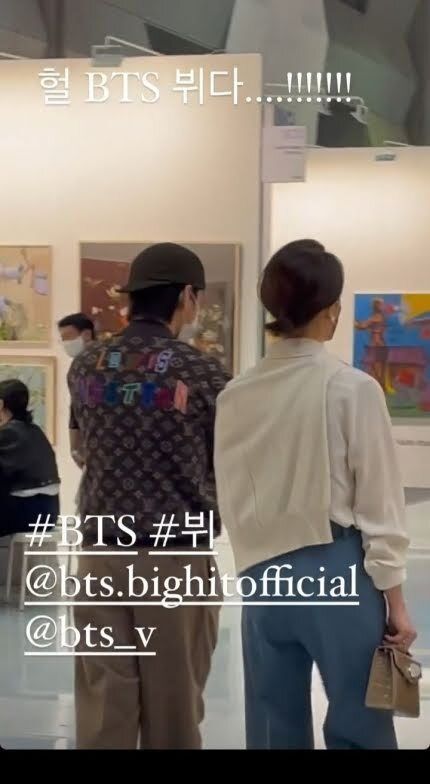 Some netizens also found out after some digging that a bracelet V wears often is also from a brand created by Phillip Jeon.

After these speculations started spreading widely on the internet, HYBE put the rumors to rest by stating, “Chairwoman Choi Yoon Jung’s family and V are just acquaintances.”