On October 18, the finalists of the Mnet survival show Girls Planet 999 participated in a live broadcast 9IRLS NI9HT A9IT appealing to fans ahead of the final episode that will air on October 22. The show has been airing since August and 99 trainees – 33 each from Korea, Japan and China participated in the show. The top 9 contestants (on the finale episode) as voted by International and Korean fans will debut as a new girl group after the show.

At the end of the broadcast from October 18, Mnet revealed the interim rankings of all 18 participants remaining in the show. Viewers all around the world were shocked to see this result as the Top 9 was filled with Korean trainees. 8 out of 9 Korean trainees filled first to eighth place with a Chinese trainee, Su Ruiqi, ranking ninth. Some very popular Chinese and Japanese contestants were notably absent from the Top 9 including Shen Xiaoting, Kawaguchi Yurina, Ezaki Hikaru and Sakamoto Mashiro among others.

The interim ranking of all contestants are: 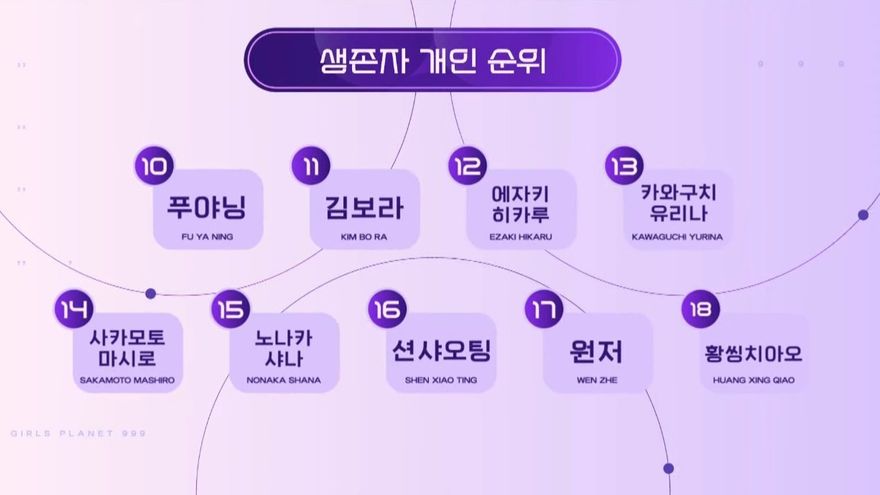 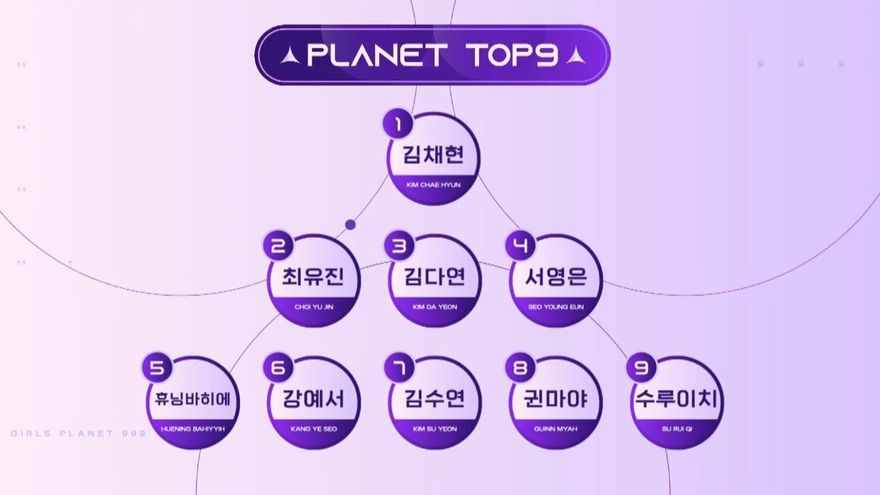 The last episode of the show, that will reveal the final Top 9 contestants who will go on to debut in a new group, will air on October 22 on iQIYI and Mnet’s Youtube channel.

What are your thoughts on these rankings? Leave them below!

BIGBANG comeback? When exactly? I'll not tell you