We are finally getting a full album from Jeon Somi.

Her label, The Black Label announced, “Somi is scheduled to make a comeback with her first full-length album ‘XOXO’ at the end of this month,” on October 14.

Even before this official announcement, fans had an inkling about an upcoming album from Somi as she shared a picture on Instagram of a bunch of pink and white albums titled XOXO with the caption, “Soon to be yours, XOXO,” on September 30. 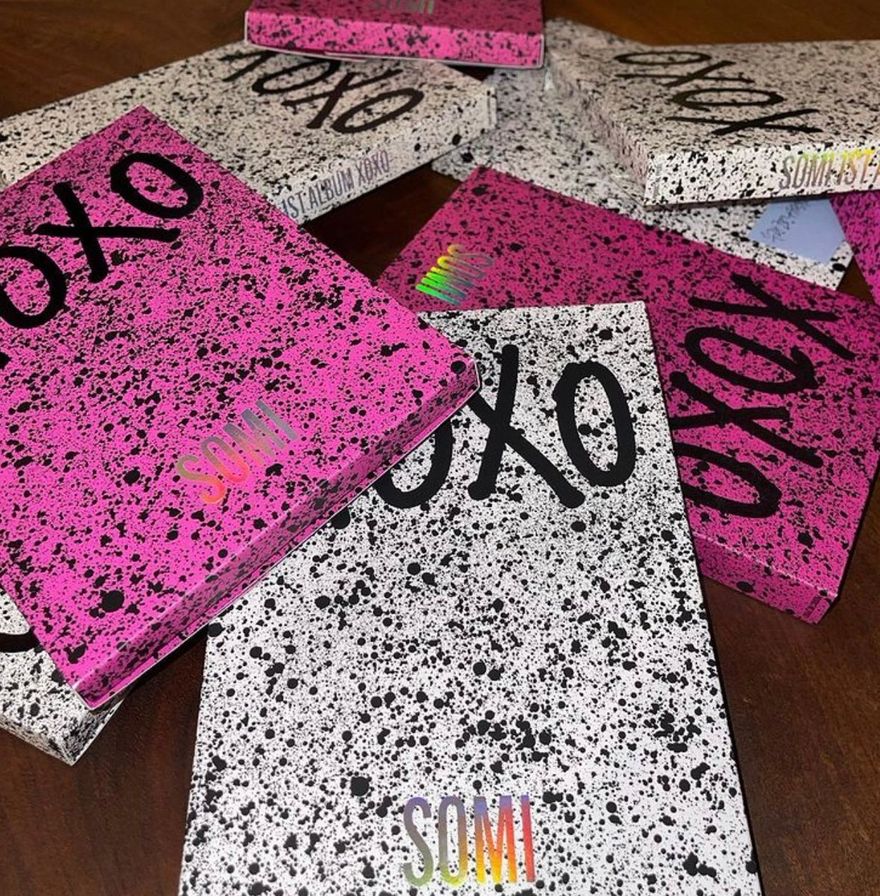 Fans are very excited to see the direction her music will take in her first studio album. Till now Somi has only released singles or single albums and has had one comeback year as a solo artist. Her last single, Dumb Dumb, was her most successful track that topped digital charts and the addictive dance for it turned into a viral Tiktok challenge.

Check out the high teen themed music video for Somi’s last single Dumb Dumb below and leave your thoughts about this upcoming album in the comments!

Ane Reyl
BTS and Pharrell Collab On The Way!
#news #comebacks #bts #rm
BTS Jin Solo Debut To Come Out In October Ahead Of His Enlistment, Collaborating With Coldplay For It
#comebacks #bts #jin #soloist
NewJeans Comeback Confirmed For December?
#comebacks #newjeans #girlgroups