Itzy is coming back!

Itzy announced on 2 June that they will release an EP in July and will embark on their first world tour after that. Their upcoming EP, Checkmate, is set to release on 15 July and the group will also do a comeback show on Mnet to celebrate the release.

Just recently Itzy had a show on Mnet called Itzy Cozy House where the members ran a guest house in Jeju Island. Fans enjoyed the laidback and soothing content and were sad to see it end after just five episodes. This did lead some Midzys to speculate that the group might comeback soon as on most occasions Itzy did a multiple episode spanning variety show, it lead to a comeback announcement. They previously did this before announcing Mafia In The Morning and Icy comebacks.

Check out the first episode of Itzy Cozy House below!

A comeback schedule was also released on the same day on Itzy’s official social media accounts. The girl group will release album teaser photos from 6 to 26 June, tracklist for the album on 1 July, member concept photos from 4 to 8 July, music video teasers on 12 and 13 July and finally the album and the music video on 14 July. 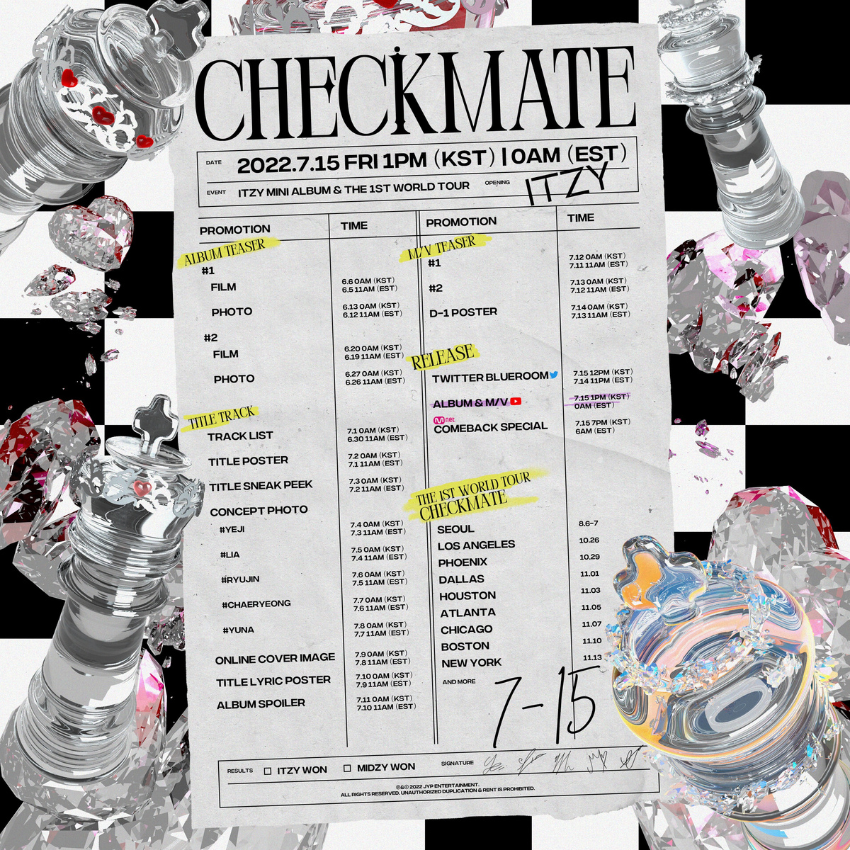 Itzy is also set to go on their first ever world tour right after they wrap up promotions for Checkmate. They will be on tour from August till November. The comeback schedule poster also mentions concert dates for Seoul, Los Angeles, Phoenix, Dallas, Houston, Atlanta, Chicago, Boston and New York.

This will be Itzy’s first comeback since last September’s Crazy in Love and its title track, Loco.

How do you feel about this? Tell us in the comments!