When the group’s official social media accounts released a motion teaser and new logo picture on 19 February hinting at Kihyun’s solo projects, fans got excited thinking it’s teasing his debut as a soloist.

Their suspicions were proven to be true when Kihyun confirmed the news a day later. A poster was also released the same day showcasing a blue water backdrop with details about Kihyun’s debut release written on top in white letters. 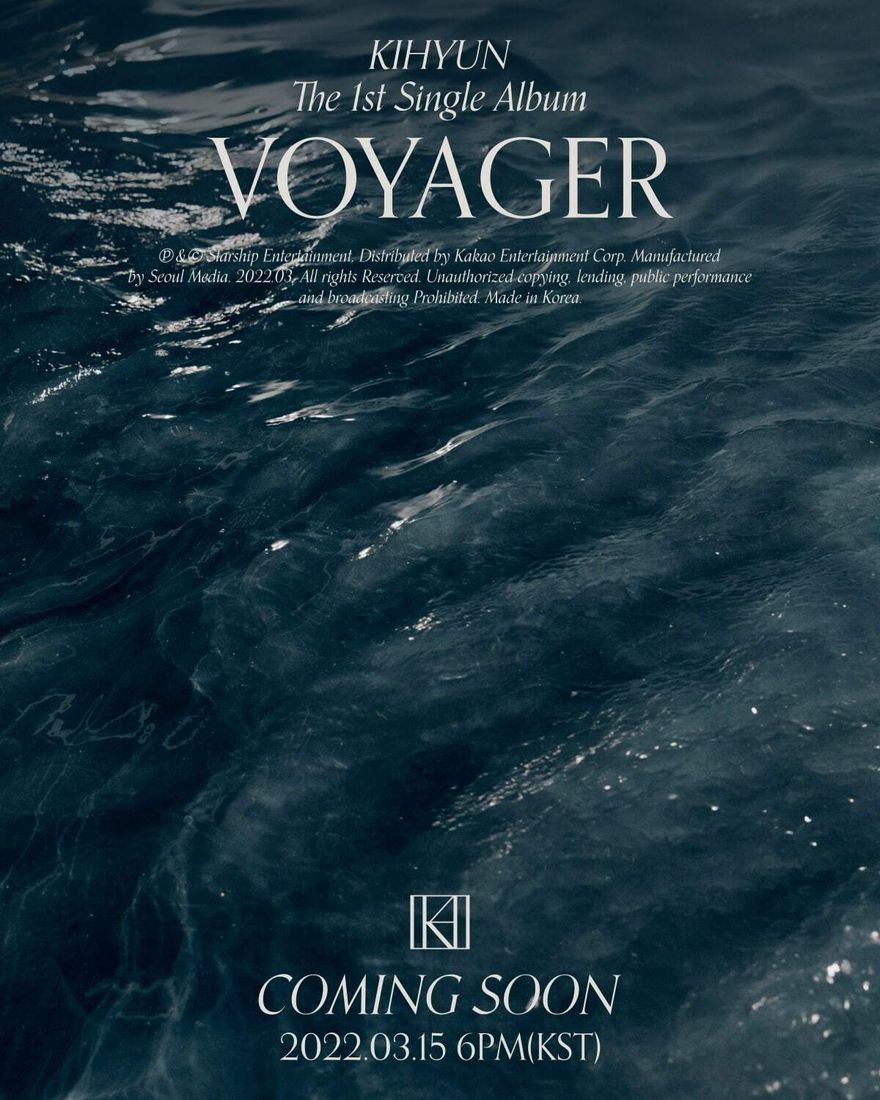 Kihyun’s first single album Voyager will be released on 15 March at 6 p.m. KST.

How excited are you about this debut?